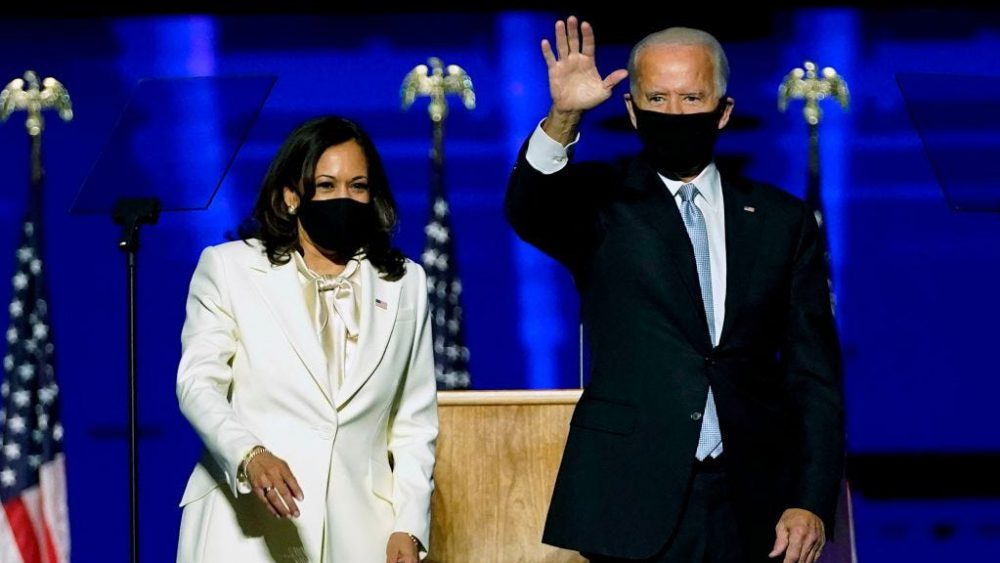 You probably heard it last Saturday, the collective sigh of relief across the nation and the world as spontaneous pop-up celebrations formed in cities and towns (including Lancaster!)

Decency, truth, and compassion triumphed when Democrat Joe Biden was declared the winner of the Presidential Election. This election was historic in so many ways. President-elect Joe Biden received the most votes that any candidate in history, and we elected the first woman of color as Vice President.

Vice President-elect Kamala Harris is such an inspiration to all of us who have been waiting for this moment for decades! I cannot wait for her and the President-elect to reverse the wrongs of the last 4 years and move the nation forward with progressive policies.

It took a lot of people to get us this far. Luckily, in Lancaster County hundreds of volunteers responded to the call. This year, we had more volunteers sign up to get involved than ever before. If you were one of those people, thank you!

This election was won through the biggest turnout in U.S. history. Even here in Lancaster County, Joe Biden received over 115,000 votes (and counting,) more than 26% over Hillary Clinton in 2016. In addition, our candidates in races for the State Legislature and Congress worked hard and put teams of volunteers together that contacted voters in record breaking ways. Though we are disappointed with the results in some of these races, we still must celebrate. And then we will get back to work.

2021 will see a number of important local races on the ballot. We are looking for strong candidates to run for these seats, campaign staff to run these campaigns, and volunteers to help spread the message of the Democratic Party.

The work is just getting started. If you want to get more involved, consider becoming a Precinct committee person. Committee people are elected by voters in their precinct and are the face of the Democratic Party at the most grassroots level. We also welcome additional members of our subcommittees (issues, organizing, campaigns, etc.) Put your skills to good use! Find out more at LancasterDems.com.

We are excited to see what the future holds. And while there is a lot of work ahead of us, we know we can accomplish great things if we do it together.