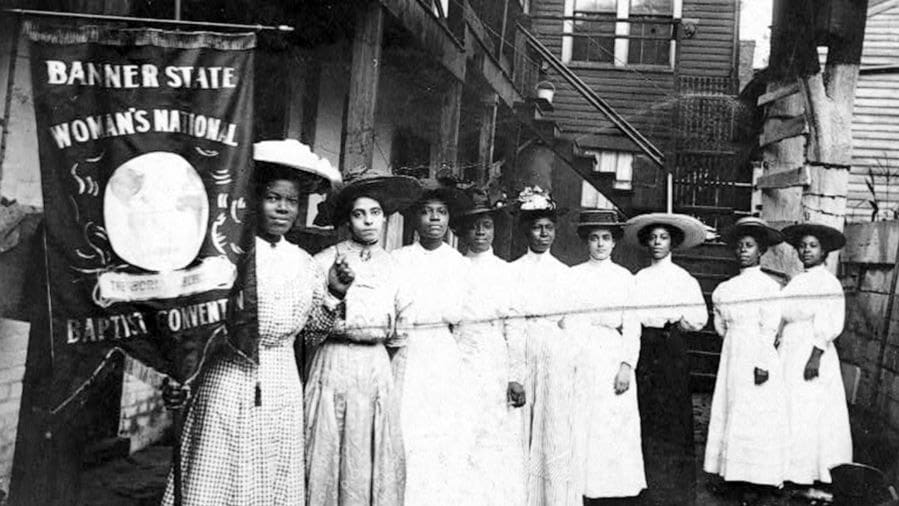 Although the 19th Amendment gave American women the right to vote in 1920, many Black women, particularly in Southern states, were denied that right until the Voting Rights Act passed in 1965.

The Fight for Women’s Suffrage

White, Black, and Native American women began fighting for voting rights in the late 1800’s. However despite their shared goal, racism divided them. Black women, marching for the right to vote, had to do so at a distance from white marchers. Black women were also excluded from participating in National American Woman Suffrage Association’s conventions.

After 1920, Black women had to keep fighting to exercise their right to vote because many states enacted laws preventing them from voting or used voter suppression tactics, like poll taxes, Constitution quizzes, and literacy tests to restrict their voting. The Voting Rights Act of 1965 put a stop to these laws and suppression tactics.

Tragically, in response to the historic voter turnout in November 2020, the GOP is launching new attacks on voting rights in at least 43 states. They’ve introduced more than 250 bills that would restrict voting rights for all voters, especially voters in Black and brown communities.

To rebut these efforts, Democrats in Congress have introduced two Federal bills to protect everyone’s voting rights across the country, the John Lewis Voting Rights Advancement Act and the For the People Act.

Recasting the Vote by Cathleen Cahill
Vanguard: How Black Women Broke Barriers, Won the Vote, and Insisted on Equality for All by Martha Jones