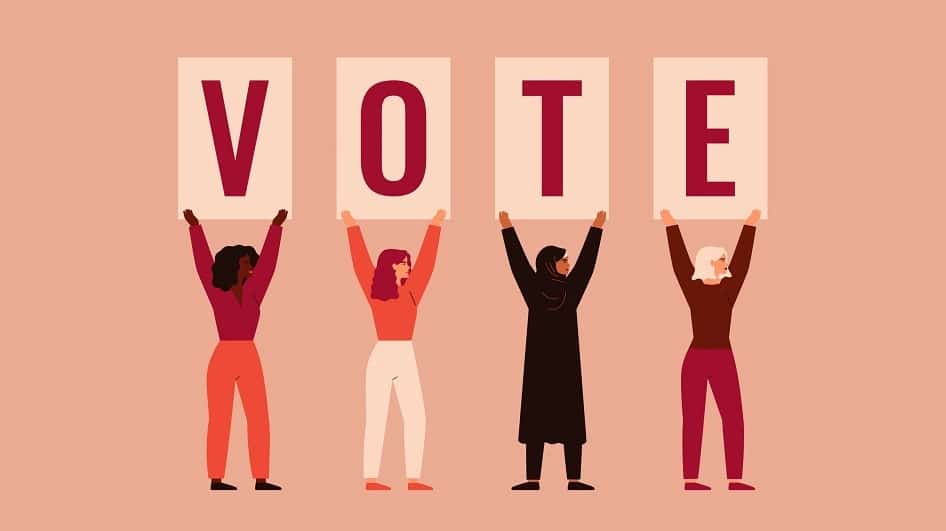 Women lead when it comes to voting:  more women are registered to vote than men, and since the 1980’s more women have been voting in elections. Studies show there is also a gender gap for party affiliation with more women identifying as Democrats than men.

The gender gap is largest among black voters, where about 10% more women vote than men. Among white voters, the gap is about 3%.

A gender gap exists across almost all levels of education as well. However, the gender gap almost disappears among voters with a college degree or higher education. College-educated men and women tend to vote at about the same rates.

It shouldn’t be surprising that more women register as and vote for Democrats. The issues that impact women’s quality of life, such as equal rights, equal pay, reproductive freedom, and education are central themes of the Democratic Party platform. In short, the Democratic Party does more to support women.

While women may lead in voting rates, far fewer women than men hold elected office. Although women compose just over half the U.S. population, they only hold 26.5% of U.S. Congressional seats in both political parties. The stats aren’t much better for offices at state and local levels, where men continue to hold significantly more office.

Fortunately, we have seen a surge in women running for office in recent years, a trend that we hope continues!

In PA, the upcoming May 18 primary will feature three women running for statewide offices and almost 40 women running in Lancaster County for municipal offices. These women need your support!

To learn more about them, check out our 2021 Primary Voter Guide.